Balmoral Quay: a Coastal Landmark in the Making 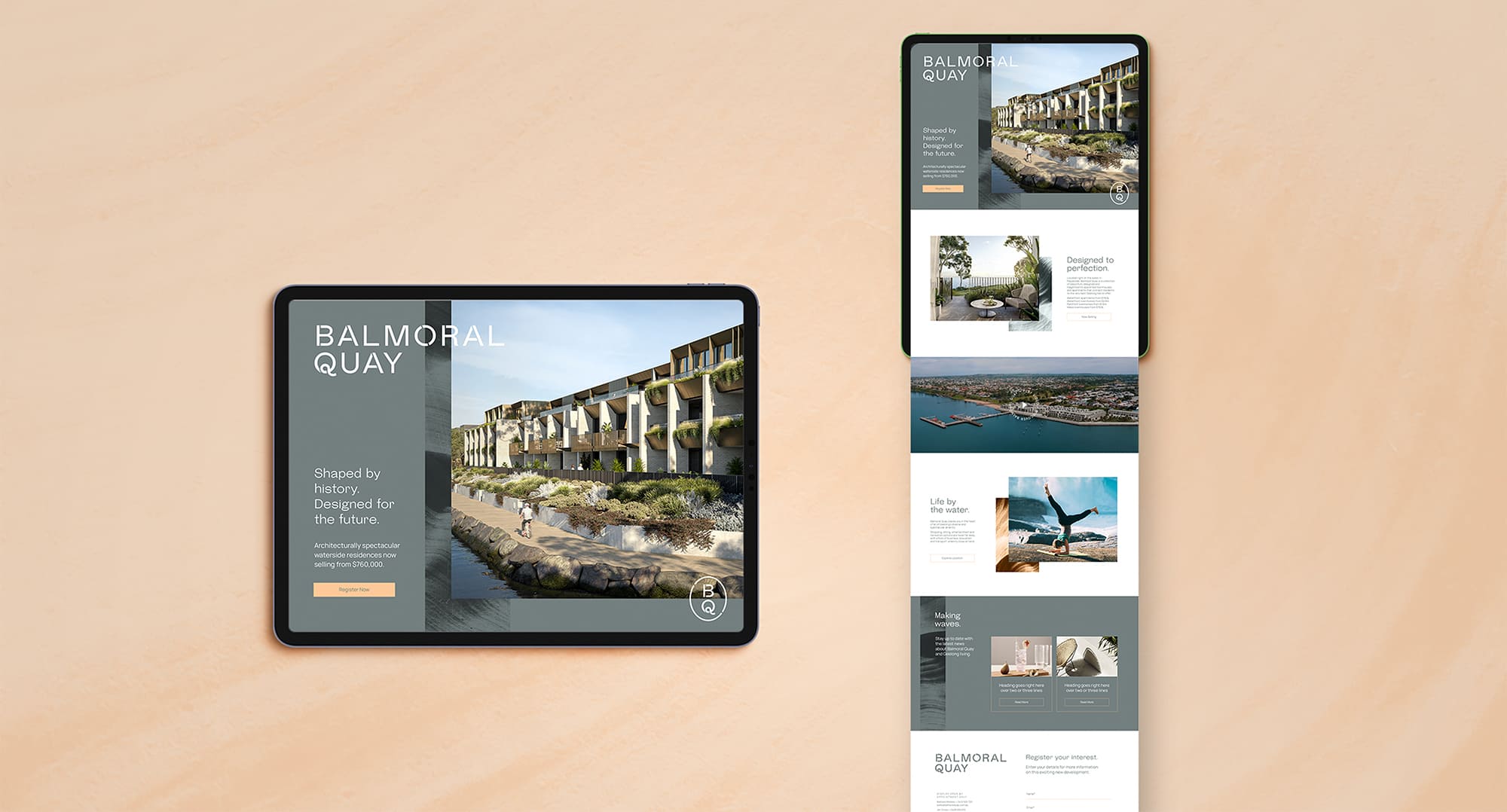 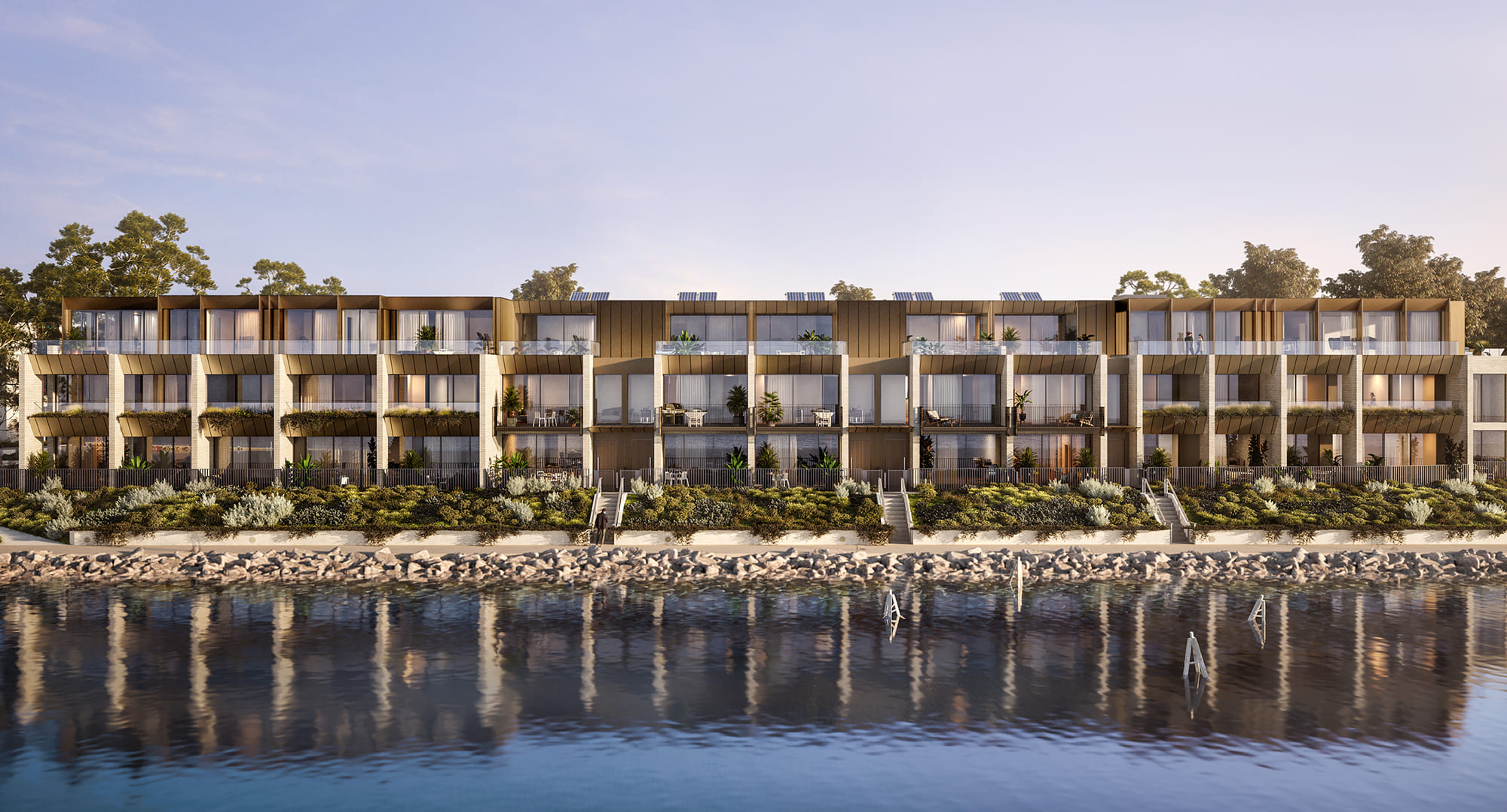 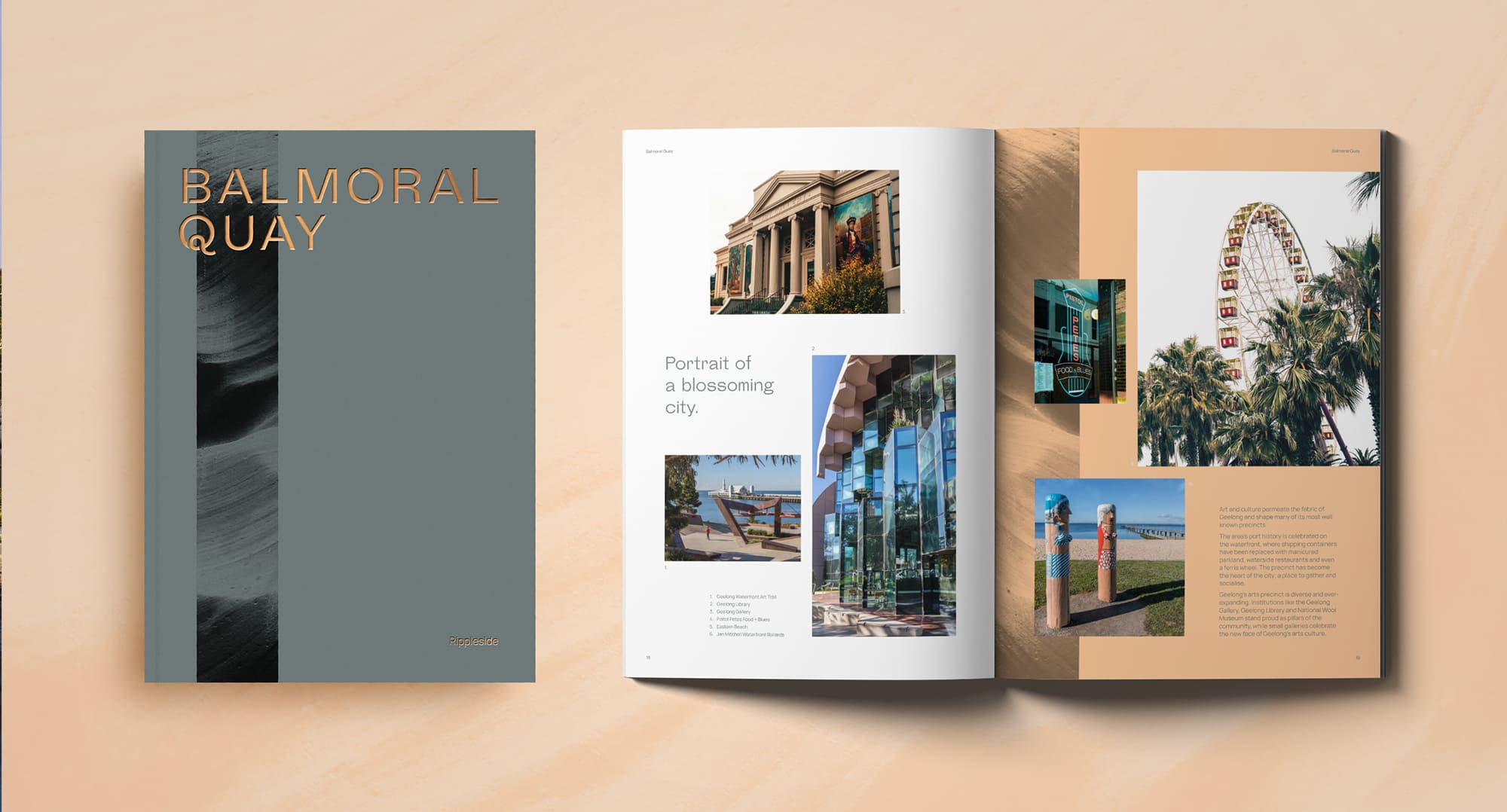 A big thanks to our client team – we are grateful for your trust and collaboration on what is now award-winning work!

We have included a brief case study on the project below, where we dive into some of the challenges and triumphs we encountered along the way.

Located just north of Geelong in Rippleside, on the edge of Corio Bay, a former shipyard was undergoing a transformation into a premium, lifestyle community.

Balmoral Quay was already in existence as a residential development when we joined the team. Several years earlier the development had begun with the initial stage, however, it had been largely inactive for some time.

The developer approached us as they were about to release new product to market and felt the brand needed to be reinvigorated to better embody the quality and style of the new releases.

There were 3 kinds of product that were all going to be released at the same time: apartments, townhouses and waterfront townhouses. The brief was to find a way to refresh the master Balmoral Quay brand, but also subtly differentiate the products so they could each meet slightly different target markets.

There needed to be a focus on the idea of waterside living, but it could not be the single focus as many of the residences did not have direct frontage to the water. Instead, it was all about the lifestyle that living close to the water would grant residents.

The greatest challenge posed by Balmoral Quay was attempting to target the different products to their individual target markets in a manner that still united them under a master brand umbrella.

Instead of creating a single piece of collateral that attempted to be everything to everyone, we instead opted to tell our story across multiple, as shown in our approach to the campaign’s printed collateral. Even in this digital age, a beautiful printed brochure is a key part of a property marketing campaign. We chose to break up our content into 4 different brochures, each with a different purpose and target.

The first brochure was a location and lifestyle brochure that told the story of Balmoral Quay as a destination and explored its relationship to Geelong and the surrounding amenity. It was a piece of collateral that every person visiting the display suite would receive, regardless of the type of property they were interested in.

The other 3 brochures were each dedicated to a particular product type: apartments, townhouses or waterfront townhouses. They each contained specific renders of the product, details on the materiality and were written with a slightly different tone of voice to appeal to different target segments. A prospective purchaser would then receive a bespoke folder containing the location/lifestyle brochure and the product brochure (or brochures) that suited their needs, allowing for the sales agents to tailor each experience.

As property markets go, Geelong is relatively small compared to metro Melbourne. Its smaller population means that there is a far more limited pool of potential purchasers to access. Although the region is growing, the amount of medium to high density development needs to be managed to ensure it does not exceed demand.

In the case of Balmoral Quay, when it became apparent that there was a greater appetite in the market for apartments than we had originally expected, the project team was able to collectively alter course to maximise sales.

From the developer and architect redesigning some townhouse stock to convert them into apartments, to our agency reworking messaging and communication channels to promote the new stock to the right markets, our team was agile and innovative enough to recognise a trend and adapt to take advantage of it.

In normal conditions we would consider this a great result; however, when you think about the fact we were dealing with a global pandemic at the same time, it is a truly amazing result that is a credit to the entire development and marketing teams.

If you’ve got an upcoming project that you would like to talk about, don’t hesitate to get in touch. You can contact our Creative Director, Lars Weisenberger, on 0447 133 022 or lars@tomorrowagency.com.au.

How to Optimise your Landing Page
Allure: a Celebration of Refined Coastal Living