Plenty to celebrate in Preston 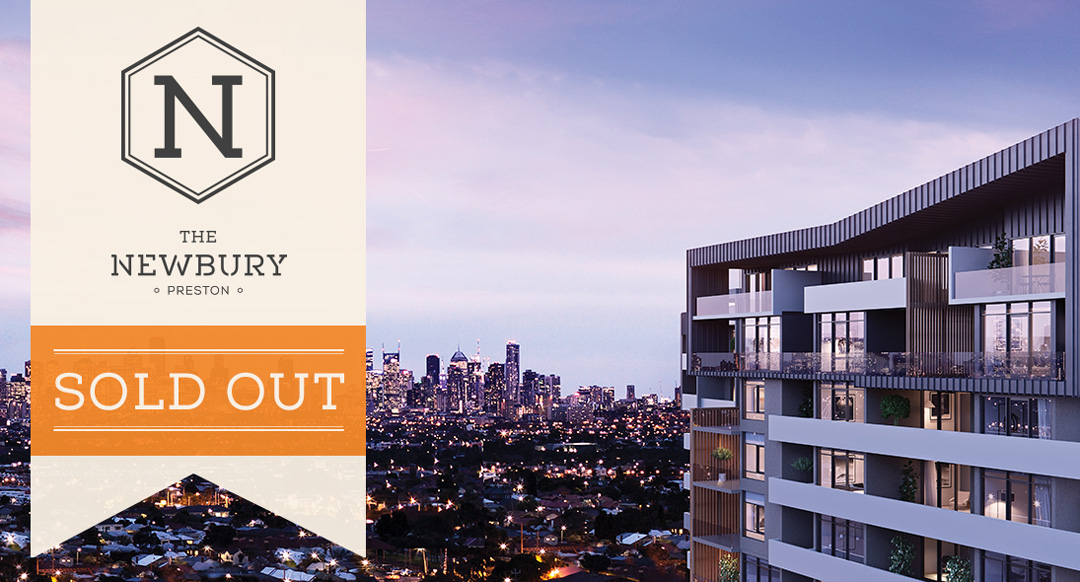 We were a little excited to say the least to co-ordinate the branding, marketing and media campaign for Corno Nero’s new development at 33 Plenty Road, Preston. Working alongside the stand out project team of Gross Waddell Project Marketing, architect Arkee and Kate & Co, we knew right away this premium development had the potential to be something special.

After much discussion, our objective was established; to create a brand that conveyed all the best aspects of apartment living in Preston, whilst building brand awareness in the local community. We quickly came up with the idea of Preston being the new Thornbury, and so ‘The Newbury’ was born.

Throughout the campaign, we had great success in building brand awareness, using a range of communications channels, including local activations and two highly effective direct mail drops. However, instead of your regular DL flyer, we created a giant A2 poster that folded down, to showcase all the project had to offer. One side showcased the apartments and building amenities alongside a strong call to action. The reverse contained a highly-detailed 3D illustrated map, which demonstrated the amazing nature of the location.

The aim of this piece was to instantly engage viewers and immediately bust any preconceived notions they may have had around Preston being too far removed from the great amenity of the inner north.

And evidently it worked. We received great feedback from the client, advising that many came along to the display suite with the DM in hand. The 3D illustration map ended up forming the focal point of our project video and also ran across brand flyers, which were distributed throughout surrounding cafes and shops in the local Preston community.

The project was also pushed across social media platforms, targeting locals, with over 3,700 active searches for The Newbury over the four month campaign and over 30 branded searches per day.

The Newbury was truly a combination of considered branding, online and offline marketing strategies, great product and a highly desirable location, which ultimately led to the amazing success of this project.

Richard Cookesley, Director at sales agent Gross Waddell, said, “Congratulations on a most successful campaign. We enjoyed working with tomorrow immensely. Your professional and skilled team recommended and produced a fabulous campaign.”