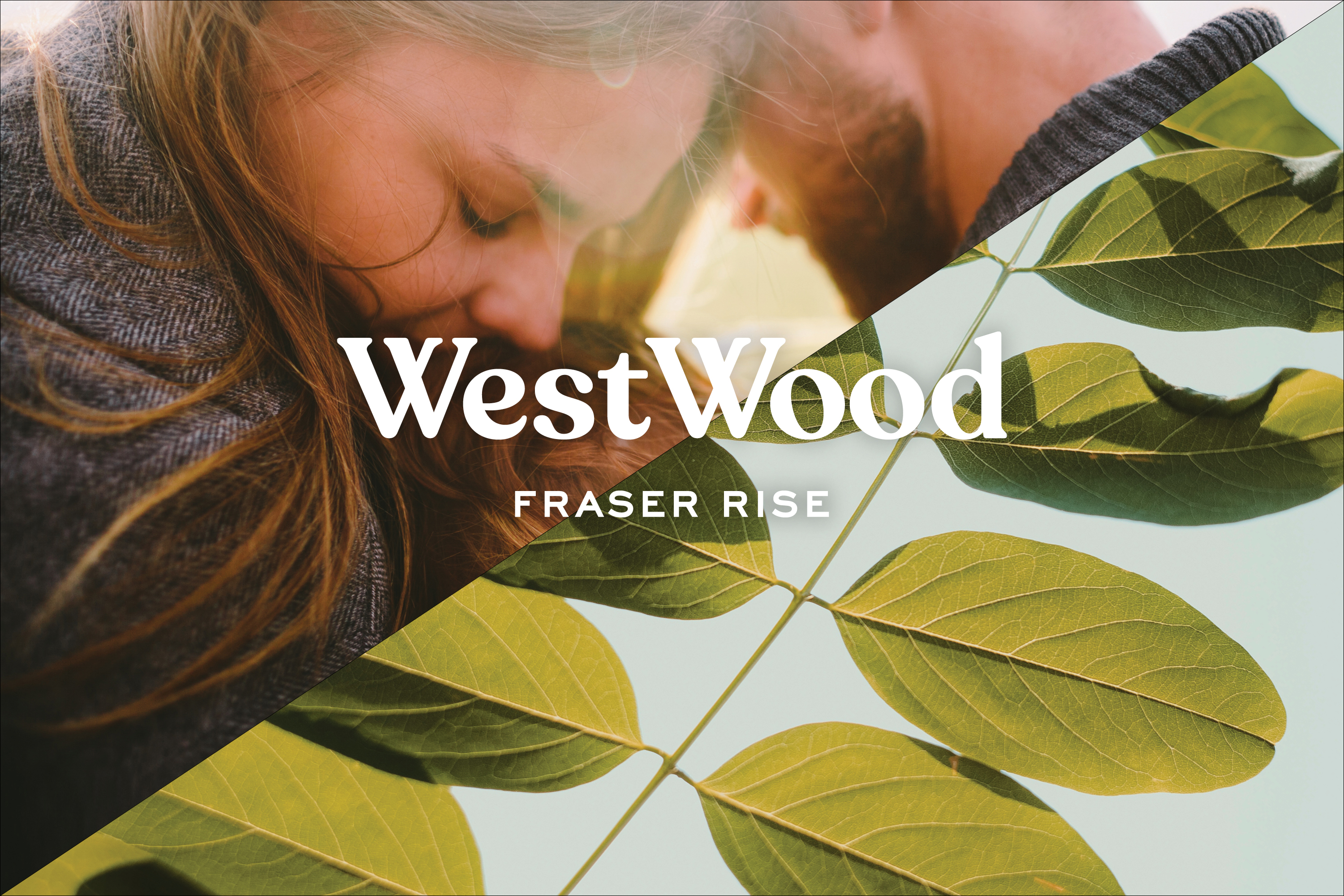 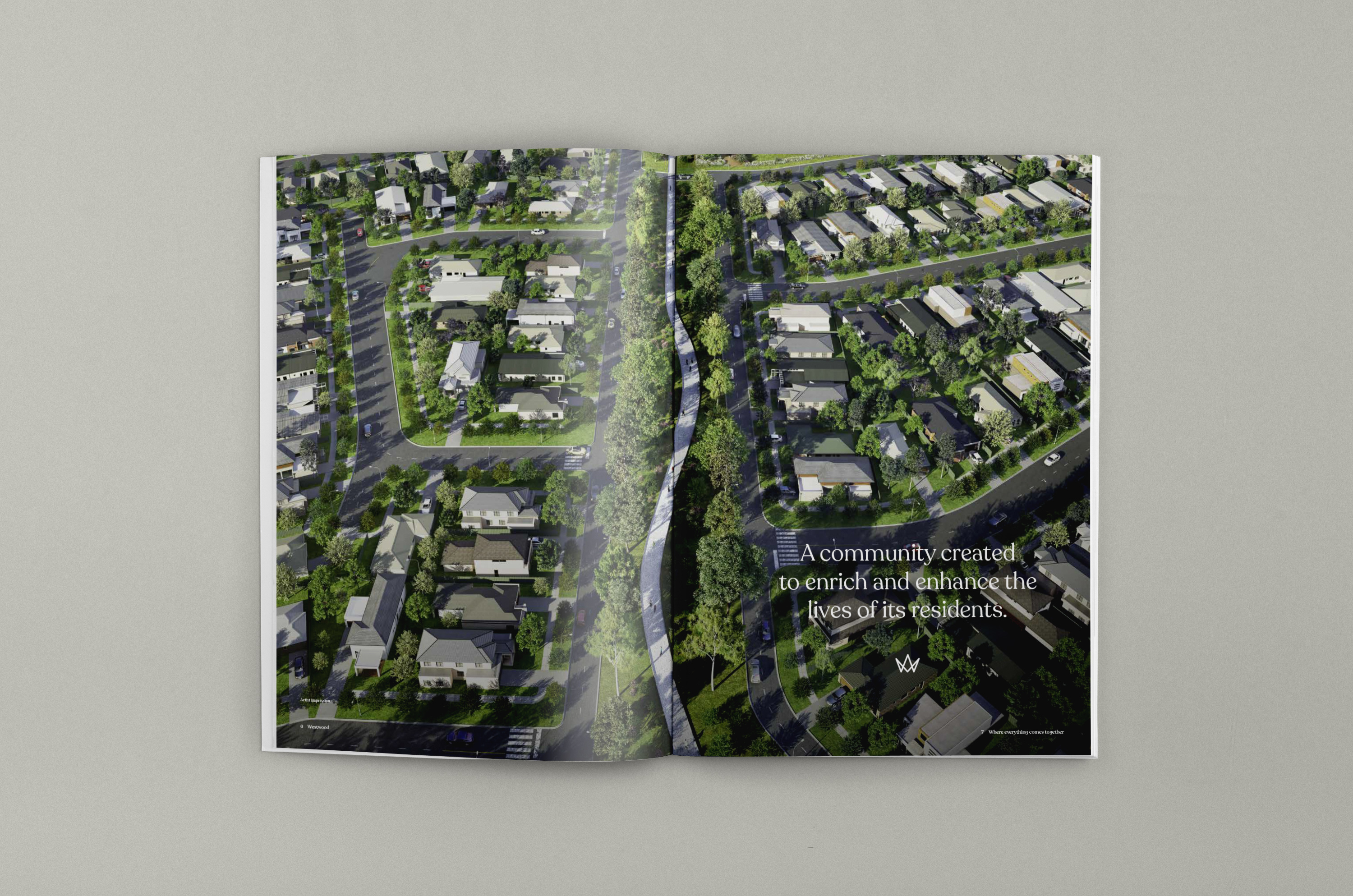 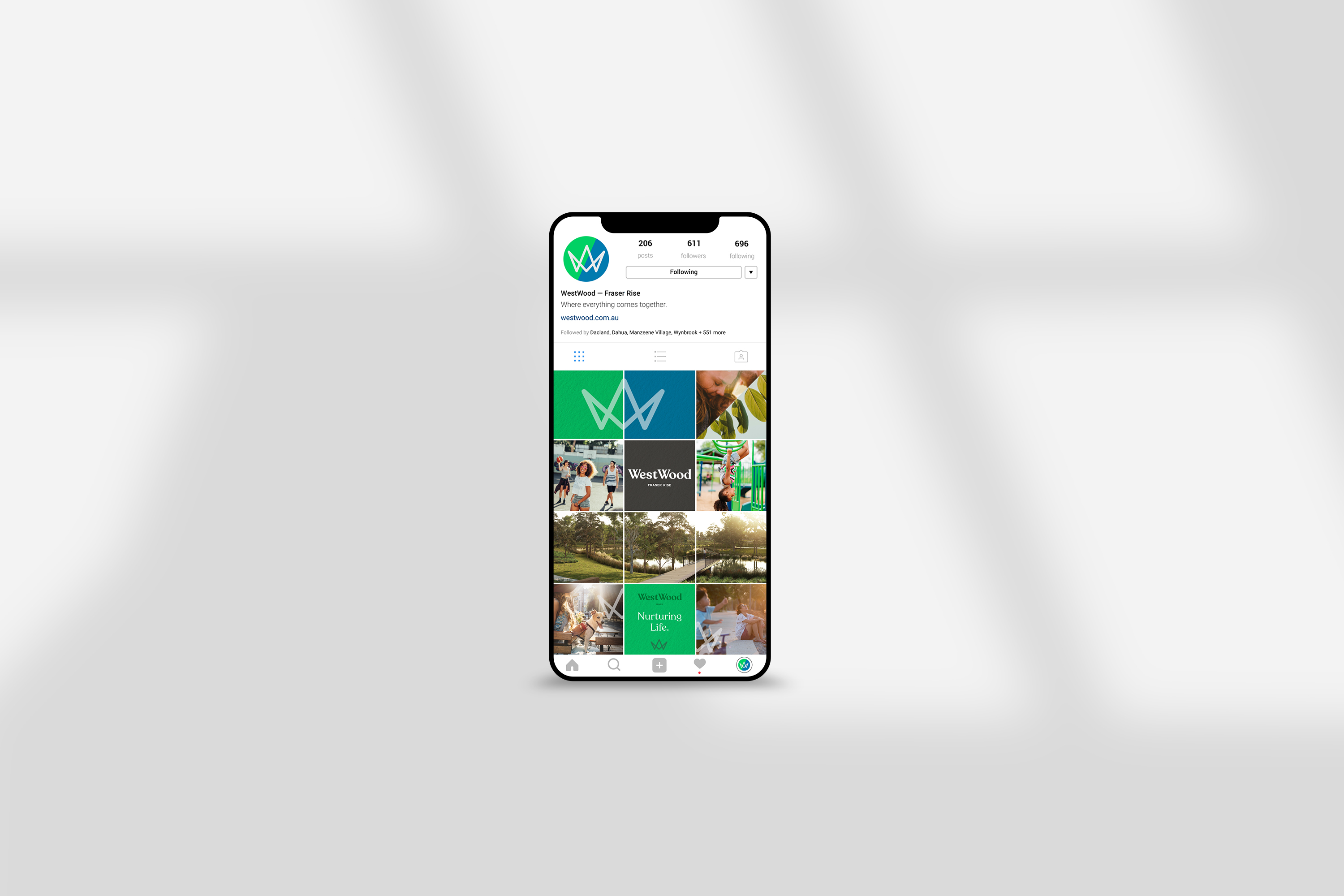 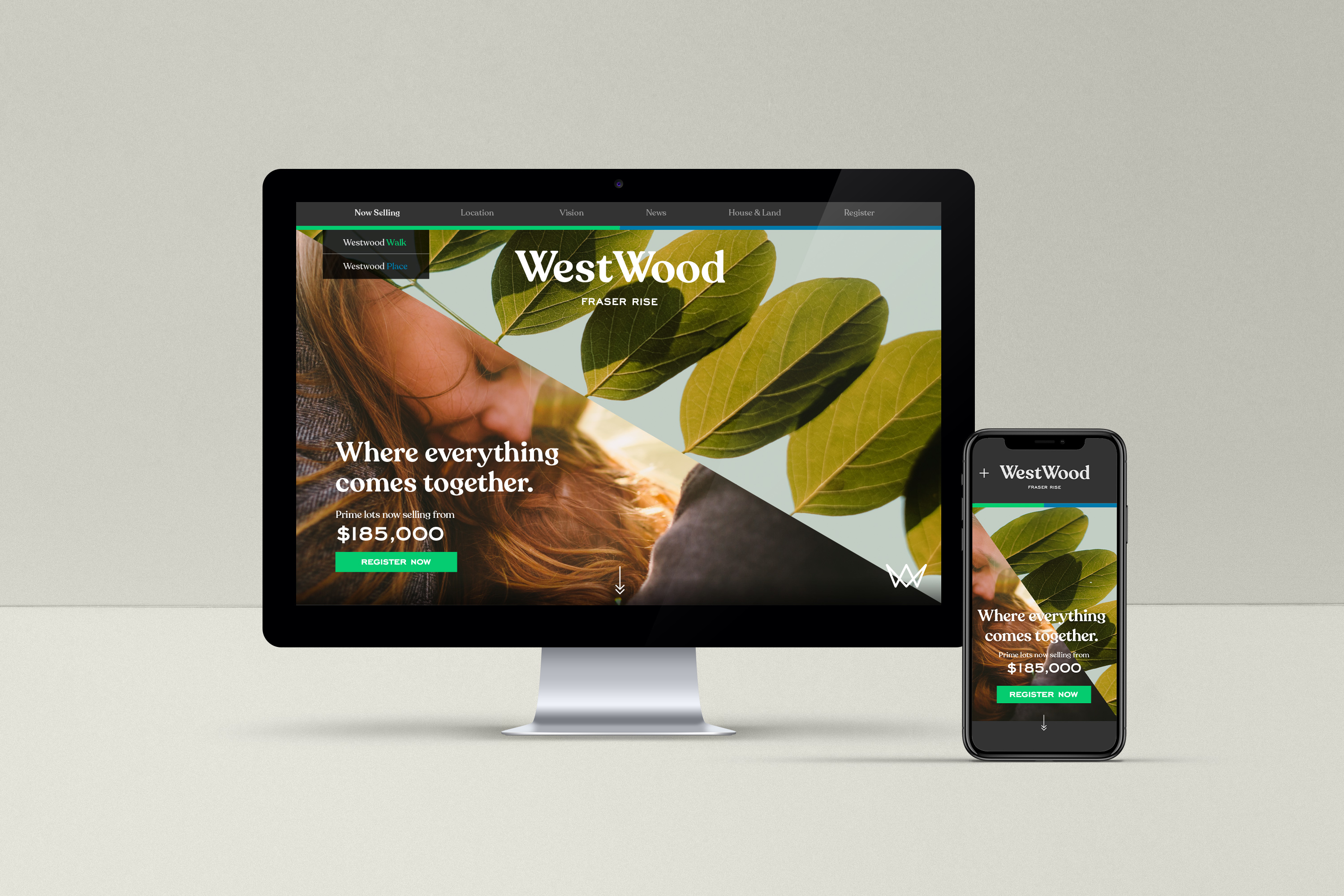 Westwood Fraser Rise is one of the fastest growing land estates in Melbourne’s north-west. The estate is comprised of two unique precincts, Westwood Walk and Westwood Place, linked by a proposed community park, sports reserve and P-12 school.

Our work on the project won the agency a Silver for both Marketing – Branded Experience and Graphic Design – Identity and Branding – Property at the DrivenxDesign 2021 Melbourne Design Awards.

Here’s how the project came about.

When we came on board, Westwood was already a very successful land estate; however, the developer had recently purchased another parcel of land just down the road from the existing estate and wanted to capitalise on the success of Westwood by incorporating this new land under its umbrella.

Our challenge was to refresh the existing Westwood brand, as it had been in market for some time, and to find a way to unite two pieces of land that were separated by a proposed school and sporting facilities, into a cohesive whole. Time to flex our problem-solving skills

It’s not every day an already established land estate suddenly doubles in size – but that’s exactly what happened at Westwood.

The easiest way to deal with the new parcel of land would have been to create a new identity for it, especially since it didn’t share any borders with the existing Westwood. That approach would have allowed us to tell a story that focused solely on the merits of the new land, without having to reference the existing precinct.

But sometimes simple isn’t always best. Ultimately it would have created another “competitor” for Westwood, even though the two were run by the same developer. Neither site would benefit from this approach, so even though it was a more difficult course to navigate, uniting the precincts as one was clearly the best choice in the long run.

We settled on a strategy where we would treat each parcel of land as a separate precinct of Westwood and without overtly saying it, act as though the amenity between them was part of the estate. Technically it wasn’t… but there was no arguing with the benefits the proposed school and sporting facilities posed for residents of either precinct!

We used Westwood in each precinct name, Westwood Walk and Westwood Place, to maintain the equity in the Westwood brand. We also devised a colour palette of three primary colours, one associated with each precinct and one associated with the master brand. This gave us a very visual platform to use to tailor communications that were specific to either precinct or the master brand, but in a manner that was always cohesive. It was a stretch getting to the finish line on time before relaunch, but once we did, it was more than worth the reward.

Land at Westwood has been selling like hotcakes since its relaunch. As with much of the land market, supply can barely keep pace with demand and we are seeing new stage releases sell out in a manner of days.

Combined, Westwood Walk and Westwood Place now make up the largest master-planned development in the Fraser Rise area, at approximately 1,600 lots. Last year an impressive 10 stages were settled, with 393 lots now settled in total and 277 homes currently under construction.

All in all, a result the entire team is proud of.

If you have an upcoming project that you would like to discuss, don’t hesitate to get in touch. You can contact our Creative Director, Lars Weisenberger, on 0447 133 022 or at lars@tomorrowagency.com.au.